Here is a cool video from David Sztypuljak from HeyUGuys when he came to visit us at the Aardman animation studios set of Pirates! 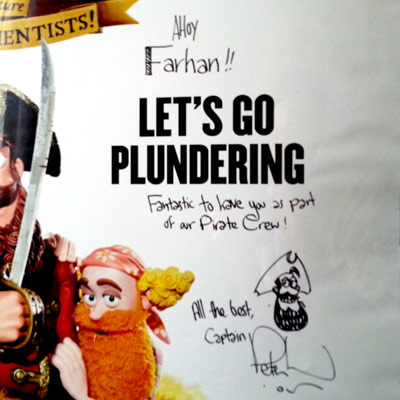 Working at Aardman Animation Studios was one of the most amazing experiences I’ve had working in animation for over ten years.  I’ve worked at many great studios but as you can see from this video just how immersed you can get in the whole magic – notice I didn’t call it process.  Walking into the animation studios every morning I would walk past all the various sets, seeing giant greenscreens, lights, Pirate models and sets being constructed by dedicated animators, riggers and lighters.  The VFX studios were split in three parts depending upon which sequence we were working on.  My Studio was at the back of the lot, which was great since I got a chance to walk past every set and meet and get to know the animators.

Have a look at my showreel below

The first minute and a half (I know they expect us to fit in all our VFX work in three minutes or less) shows the different parts of the movie I worked on.  Essentially the FX department was split in two parts, one part working on water (being a movie about pirates there was a lot of water) and the other team working on all the non water shots – that’s the team I was on, I working on a lot of smoke, fire, foam, dust and debris shots. 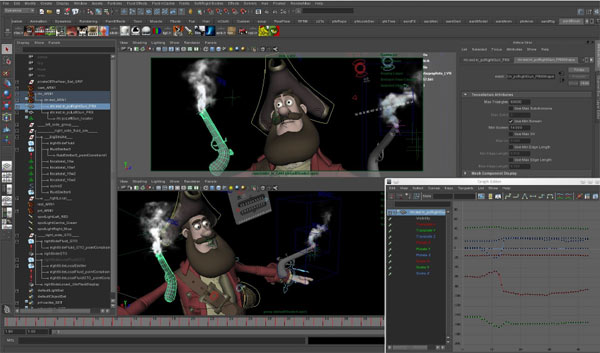