It’s been a busy year, I’ve worked super hard on getting the various animation tasks in  Digitopia up to the point it is.  But has it been a successful year?  After all I had originally intended to finish the project on December 25th this year.  Why December 25th, was that a figure plucked out of the air?Yes (of course) it was.
It was one year to the day after I started and down to my sheer arrogance I thought that I would be able to do it in one year.  However there was so much that I hadn’t accounted for, completely underestimated both how long it would take to do certain things and how much time I would have available to do them in.On the upside, what I did achieve this year
–          all the assets modelled and rigged
–          all the assets textured
–          all the blocking done (two passes)
–          all the animation done (two passes)
–          multiple edits (I think I got up to version fourteen)
–          art and gui style guide written
–          first pass of mammoth shader
–          created a robust back up system
–          I’ve made contacts with a sound designer/composer
–          made contact with a GUI artist who will provide the GUI effects
–          made full use of my Digital Tutors subscription, been through virtually the entire animation and mental ray library
–          started a blog (this stuff doesn’t write itself you know 🙂

I did all this in typically working five hours a week, a combination of family duties (which I don’t mind) and having to work overtime (which wiped out four months of evenings and weekends – I’ll leave you to guess whether I minded that or not) perhaps restricted the amount of progress I could have made.

From spreadsheets to paper – playing the Producer role
Not having any proper management tool (e.g. Hansoft) I had planned out every shot before hand and put these all into a spreadsheet.  With editing changes and the fact that I discovered a whole new way of editing cameras (the camera cutter) in Maya, the spreadsheet went out of the window completely.  Now my timelines are completely screwed up with shot 140, followed by shot 20, followed by shot 10 etc. I decided to let my premier timeline be my main source of planning.

Fig 1. It all started quite organised, without a proper project planning tool I coloured the spreadsheets

The spreadsheet was soon replaced by just writing things down as a) it was quicker and b) I couldn’t open up Excel when I had Maya and Premier running together (of course I could have just closed down Spotify to free up some more memory).

Fig 2. Try putting that down in a spreadsheet 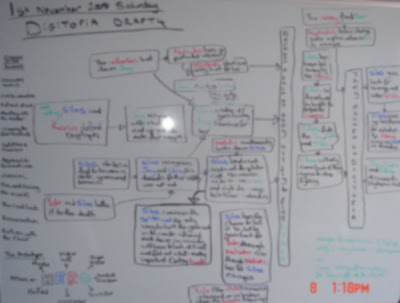 Fig 3. Paper is good, but whiteboard is King.

Looking ahead to next year – let’s see how this baby flies
So what is left to do?

Fig 4. Believe it or not we actually planned this out in May 2009.  Of course we planned a ninety second trailer, not a five minute short film.

The answer is of course ‘no’ according to my initial post about target dates http://digitopiafilm.blogspot.com/2010/10/target-dates.html
However never one to be deterred the answer is ‘maybe’, I mean ‘YES’.  I need to start dedicating more than five hours a week to this.  I estimate that I need to be spending at least twenty hours a week to achieve this in the nine weeks before the deadline.  It’s going to mean even more sacrafices but I’m willing and keen to do it, not least because I can get my life back but also getting the movie to a standard whereby I could enter it into the Cannes Film Festival would be a major coup.
Before I can go onto thinking about the feature and how to get it funded I need to finish up the project.  The best chance I can think of getting any significant funding is by having a short film to be proud of doing well in major festivals, Cannes being possibly the biggest one to get into.
Okay deep breath, here we go…

[Tweet “if you’re making a #animation #movie this is the #toDoList you need pic.twitter.com/tauV1lEBMT #producer”]