Hi, sorry it’s been a while since my last post, been busy moving jobs and moving to a new city too (more about that in a later post).
Super fast update – I  f i n i s h e d  t h e  m o v i e ! ! !
Now I am busy sending it off to film festivals around the world, a full time occupation unto itself.
For this post I will show how I progressed through all the various stages from storyboard to post to complete the film Digitopia: Discover Me, the processes I employed and how I managed the whole process.

I have several years of experience as a CGI artist and filmmaker.  I have worked in various guises as a Maya Generalist, Crowd Sim TD, Effects TD.  Throughout the process I have used previz to gain approval for design elements that I wished to use further down the pipeline.
I have been making short films for several years, I have the ability to plot out sequences which portray various emotions relevant to the story.  I have studied Film Directing and am fully conversant with the techniques used to direct attention including
à shot composition
à camera choices
à clear staging of foreground and background elements,
à editing and continuity cutting
à revealing and holding back information,
à pacing,
à use of contrast in lighting setups etc.

When I started my short film the first stage was to translate the script into a shot list and make decisions regarding the flow and pacing of the story.  The main considerations I had were
à setting up situations and introducing characters
à presenting a story in a coherent and dramatic way
à contrasting the fast pace elements and slow paced elements
I worked with multiple storyboard and concept artists to help me to establish
à a shot list
à character designs
à environment designs
à lighting and effects designs 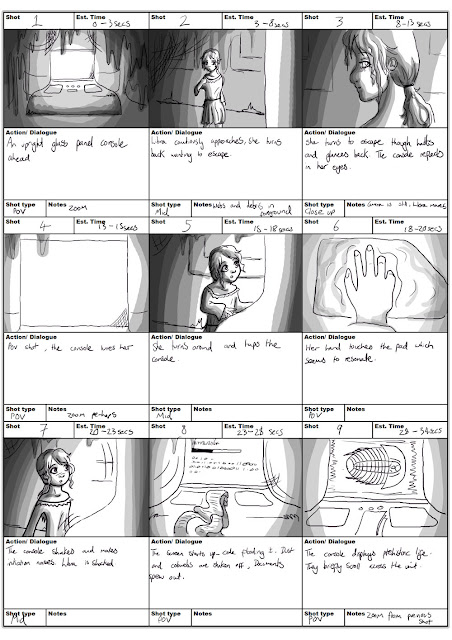 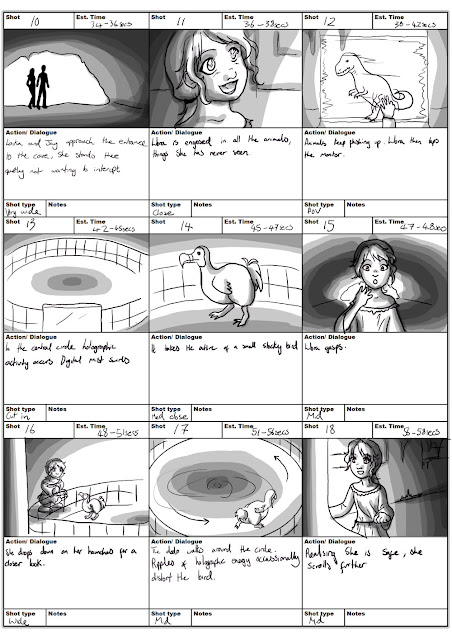 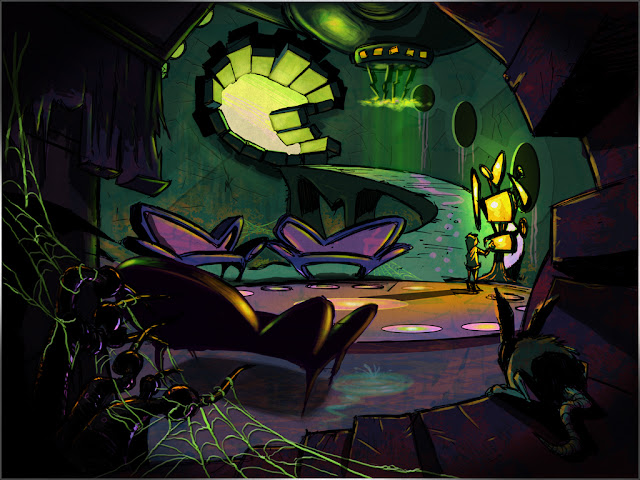 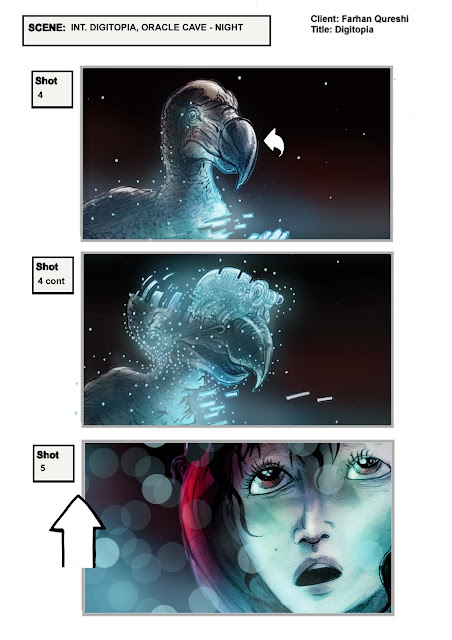 Concept art to establish lighting and particle effects [credit: Stephen Trumble]
The blocking was done in two parts first blocking in the cameras to establish timings and shot flow 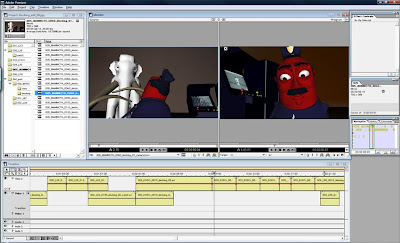 Multiple iterations between blocking and editing were necessary before animation could begin
The timings of the sequences were subject to change to allow the characters appropriate time for their animation. 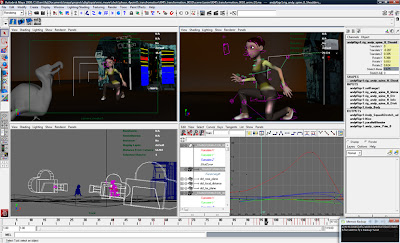 With the cameras in place the animation allowed the piece to come to life
After multiple iterations of animation it is time to add lights to the scene to set up the ambience. 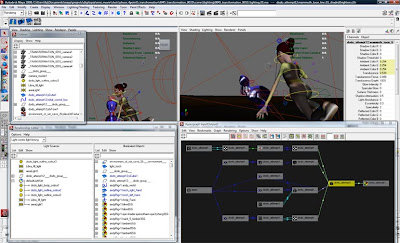 Through shadows and contrasts, lighting can heighten the tension in the script
I decided to leave effects to the end, the edit needed to be locked down at this stage. 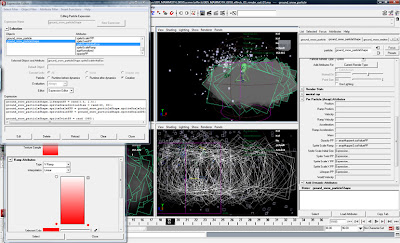 The use of expressions and ramps replaces keyframing used in traditional animation
I would then take all the rendered layers and composite and grade the footage. 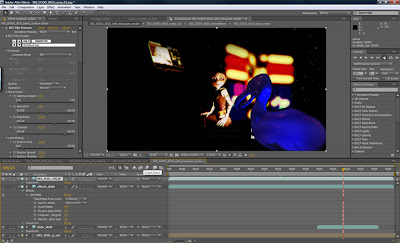 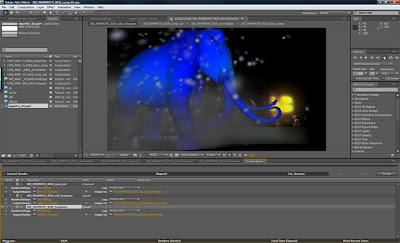 The final stage could not have been accomplished without a robust previz pipeline
There were over fifty shots in the short film which I had to manage through the various stages (from blocking to grading) and provide feedback.  Through the various different edits I appraised each shot and decided upon only those that merited their place in the final film.

There were many elements, that needed to be tracked.  In this case I had to match up the GUI elements which another artist was providing

[Tweet “from #storyboards to #animation how you can make your own #movie pic.twitter.com/LrDwuZ84S4”]