Mammoth Shader v01
I have been busy working away on the first iteration of the Mammoth shader using the Maya Toon Shader , (it’s actually a mammoth and dodo shader, but mammoth shader sounds cooler than dodo shader).
Getting it up to speed

I followed the rather excellent Maya Toon training course from Digital Tutors to get myself up to speed on everything maya Toon has to offer.  It was more out of curiosity and exploring all the options that I did it, but I found once I got into maya toon (which is essentially a supped up ramp shader) I found that I could really make some cool shaders.

Setting up the shader

Basically I set a scrolling ramp (via an expression into its translateV) which moves a dark patch along the ambient colour (color – apologies I am going to spell it colour). 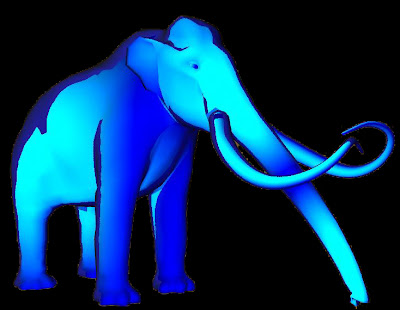 Fig 1. Here’s the basic two tone toon shader (you can see there’s enough potential to get going)
I plugged a noise node into the translucence channel.  The noise has an expression plugged into the time element. 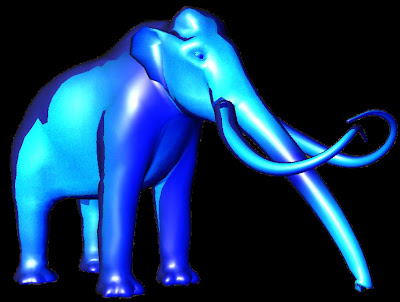 Fig 2.  Notice the noise in the lighter blue (second) channel – the noise in this channel animates the noise quite slowly.
I put a cloud texture into 3D bump, this really helped break up the straight toon lines I was getting up to that point. 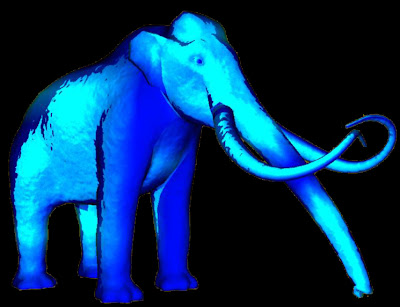 Fig 3.  What I like the most here is how the straight line that previously separated the two channels now gets broken up and spread out over a greater distance – this lends a more pixelated look.
I remapped a mono coloured bulge (into the second colour channel) to a green colour to create an analogous relationship to the underlying blue of the mammoth (the first colour channel I set to blue)

Fig 4. A look at the mammoth shading network

Setting up the toon outline
I wanted to add an outline to the mammoth, first I added the basic toon outline 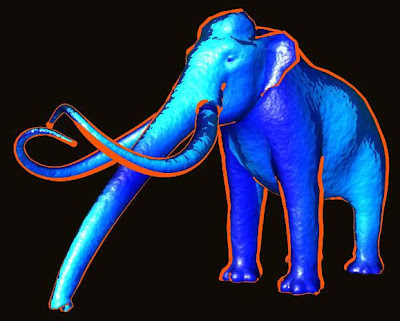 I replaced this with a paintFX (neon glow) 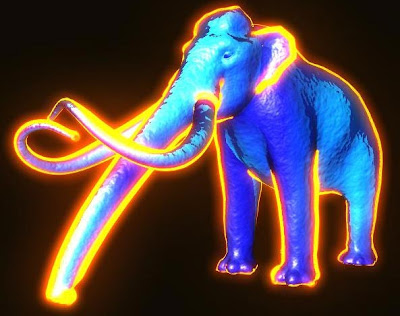 Fig 6. Now the mammoth starts to pop out of the screen

I wanted to add some movement to the line, I could have played with the offset and write expressions in here, I decided a better way to get movement would be to adjust the line width modulation. 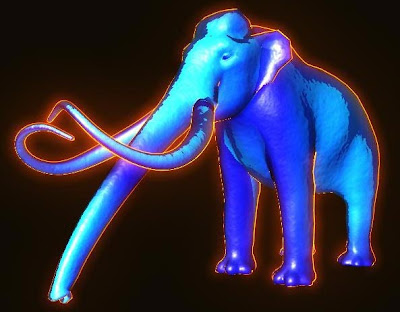 Fig 7. The profile Line Width varies the width of the profile lines relative to the viewing angle.

Fig 8. The toon line connections in the hypergraph

I found that lowering the presets in the render globals would create some cool effects on the mammoth to make it look more like a hologram. 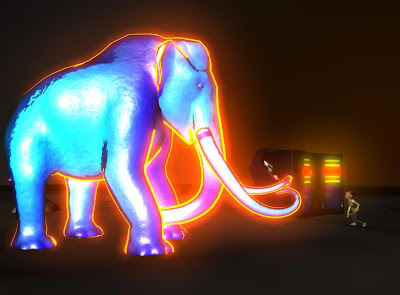 Fig 9. Rendering the mammoth at normal maya software presets
I started to adjust the shading quality, the number of particles and the coverage to get some interesting results 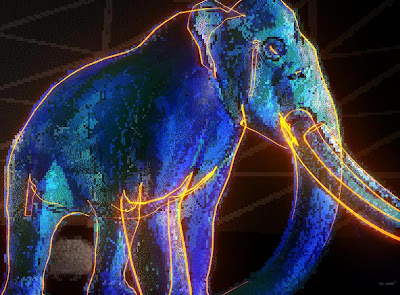 Doing similar tests with the anti alias settings in mental ray produced some equally interesting results if not totally different. 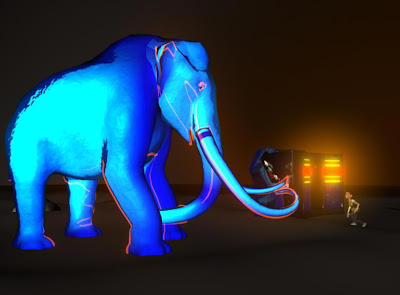 Fig 11. The standard presets in mental ray – notice how the toon outlines don’t render the same and the specular channel is absent. 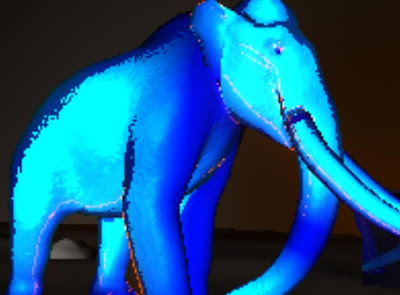 Fig 12. setting the min max sample to -2 creates a pixelated break along the line.
Conclusion

So in conclusion I think this shader needs a lot more work still.  Although it’s not bad for a few nights work I’m not entirely happy with it yet, but I think it’s  a decent start and there’s enough to play with.

I’ll revisit it but for now I’m going to press on now with finalising the textures for the rest of the environment and for Libra, I noticed her skin was looking too waxy.  Hopefully once all that is done I’ll be able to revisit this shader with fresh eyes and make some refinements on it.  As with the rest of this project I am going to have to make a decision and move on from it if I ever intend to get the project finished.  What I now at the moment is that almost certainly the mammoth and dodo will be rendered in a separate layer and there’ll be a lot of post effects to be done on them.
Stay tuned there will (hopefully) be a mammoth shader v2 post coming soon.
Feel free to leave some feedback, advice or alternative ideas on the shader below.  Thanks.